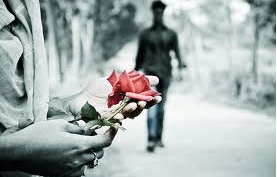 “Dear Edie,
I’ve been dancing for a year now, and absolutely love it,…I have recently moved in with my long-term boyfriend…and I am a bit sad because we always end up having an argument when I drag him along to a night (he usually doesn’t want to come with me) Does it really mean the end of a relationship if your man doesn’t dance, doesn’t want to make an effort, doesn’t like the people , and doesn’t particularly like the music? But I get on well with him otherwise……
– A Sad Ella”

Dear Sad Ella,
This is a sad and tough question. I’m going to tell you the truth.

I’m convinced that I would have had to give up Salsa to make my former relationship work. Here’s why.

During the first part of my 10-year marriage, my ex-husband and I got along great in most areas of our lives. Camping, scuba diving, church, movies, drives along the coast… we had what many consider to be a “typical” normal relationship, and many “normal” things in common.

Many of you had read my story about how Salsa had changed my life. I was married to a man that not only didn’t like the music, but didn’t like the club atmosphere, the people, nor the dancing. We enjoyed everything else together… but this ONE THING called Salsa, he just couldn’t hack.

Because of Salsa dancing, and the passion I had for it, I had never felt nor looked better in ten years. My health was improving, I was losing weight, and finally doing something “active” that I truly enjoyed.

I was married to a man that didn’t put me first in his life, and I reciprocated in the same way. We were not each other’s #1. Bottom line.

I realized that he didn’t know how to love me the way I needed to be loved. I could not communicate that to him either. Two years before I started dancing, I found out he cheated on me on more than one occasion, and I just couldn’t take it. I forgave him in my brain, told him verbally, but it never escaped my heart. For two years it festered, and I continued to grow more and more suspect of his activities overseas. (he traveled quite a bit). Now I was going out to Salsa clubs due to pure vengeance, and fun at the same time, I realized this too late. Later, it dawned on me that I got married for the wrong reasons – companionship, rather than love.

Salsa satisfied my need for “human touch”. Living in Los Angeles can isolate us from touching or bumping into ANYONE. We get in our cars, drive, drive, drive, and RARELY get stuck in snowstorms/subways/taxis together, much less talk to each other – unless we know you. LA can be an extremely lonely city if you’re not involved in some sort of “group” activity or group sport of some sort. Many have moved back to their hometowns because they just don’t find the “closeness” here, nor very many good friends they can truly trust. Tinsel Town is just that. Face value, smiles everywhere, everyone’s happy, everyone loves you – but do they really mean it? Close and true friendships in this town are a rarity.

I didn’t have any kids, just my husband and a dog. We got along great, but there was still something missing. I tried to fill the gap with my artwork (I’m also an illustrator). But that only lasted a short time. All I did was sit – in front of the computer all day at work, and in front of a canvas all night. I needed something more active because my butt was getting pretty big.

So, my passions started to evolve more and more around “active” things. When I discovered Salsa, I started going out ALL THE TIME. Jogging, dancing, going to the gym, dancing, eating healthy, dancing, … competing, performing… all more and more dancing, dancing, dancing. Dancing Salsa became an obsession to me. It fed my compulsive, obsessive, super-aggressive, Type “A” personality. It was my escape from the realities of my job (which I was starting to hate), and eventually my marriage.

Soon, the “companionship” I was lacking prior to my marriage was starting to be filled by the dancers I was becoming close friends with. I never had a romance with my husband in the same sense we see on TV and movies – just a very solid “friendship”. Then, in my early thirties, I was exposed to romance after romance, both on TV, and on the dancefloor. It was quite overwhelming.

I saw the passion I was lacking, and knew I could never have with my husband. He was simply incapable of giving me what I wanted. I needed a man that could romance me on a train, at dinner, on the dancefloor, AND in bed!

After ten years of marriage, I realized that I just “settled” for a man that wasn’t like me.
I had settled for a man that I was friends with, but felt no hot and sizzly “passion” for. My passion was becoming the dance floor. His, was his work and his dog. Because we grew further and further apart, he would give more love and kisses to our dog, than to his own wife. I would give more pecks on the cheek and “hello kisses” to people I saw at dance clubs than my own husband.

There was something terribly wrong.

You won’t believe the amount of pain and guilt I felt walking out the door every night to go dancing – all by myself. I would look HOT… with a short dress, makeup all done up, hair perfect…I was a knockout for once (it was about time!). You would think that my HUSBAND would take one look at me, think twice, do a double-take, and say something… ANYTHING… like, “Edie, you’re not going ANYWHERE dressed like THAT!! You’re staying home and dancing with me!” or… “Boy, I’ll do anything to be with you tonight… you look beautiful!” or… “Edie, let me romance you tonight… you look gorgeous…!!!”

He said absolutely nothing.

“Have a nice time.” was the most he ever said as I walked out the door,
…looking like a million dollars.

I couldn’t take it anymore.

He simply REFUSED to learn, and refused to come with me. “Don’t ask me anymore!” He would say in a hateful way, after I asked him to come with me dancing. It got worse and worse. the weeks, and months that passed made us grow more and more apart. Soon, my dancing became more important than my marriage. I was getting more feedback, more touching, more companionship with my new dance buddies than my husband. He couldn’t compete with what I was going through. The thrill of the dancefloor was simply too overwhelming. It was a drug I was addicted to, and could not… would not give up.

We broke up, and eventually divorced. Since then, I vowed I would never commit myself to a man that didn’t have the same passions as I.

You’ve got to love the same music – I firmly believe this. My parents have been married for almost 40 years. They have nothing in common, have completely different personalities, come from completely opposite ends of the globe (dad from France, mom from Mexico), but they’re still together… why? They share the same passions, and love the same music.

On a more positive note…

“Here’s my take on the situation. Ella and her boyfriend need to determine what is important to them. Various questions should be discussed/resolved: Why is dancing important to her? Does she use it as “therapy” or as a social event? Why does he not like going? If he doesn’t like the music much, then it makes sense. Does he see her need to go dancing as valid and something to support? If not, why?

As you know, Henry and I have been together for 22 years, married 17. I believe that some of the most important things we have are respect and trust for each other. We have always had our separate activities and things we’ve done together. When I go dancing now, he uses the time to write or read, do things that we can’t do together. So when we are together, he doesn’t take away from that time. It’s a matter of scheduling activities. I would love to go dancing with him, but I respect that he doesn’t want to dance. He shares in my enjoyment of the music and the dance — any dance for that matter. He supports my need to go dancing.

The woman with the question and her boyfriend can work things out, if they both want to and they both truly respect and trust each other. As for him not really liking the music, she can play it in the car or at home when he’s not around. It’s OK, if you put it in perspective of what is most important — maintaining a relationship and respecting the other person’s wishes, which should be reciprocal.
– Amy Moro”