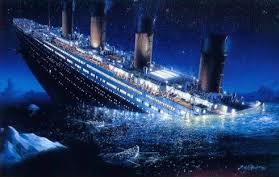 by Edie, The Salsa FREAK!!

I learned long ago, never to wrestle with a pig. You get dirty, and besides, the pig likes it.
– George Bernard Shaw

Dear Edie,
Do you think there is a difference between what you do and what you normally see from people with ballroom dance training (especially on shows like Dancing with the Stars, etc.)? If so, how would you explain that difference?
– Curious

Later that day…
Edie,
Thanks, I appreciate the information. Now, a follow-up with explanation. If you can help, I would appreciate it.

I am involved with a group of Spanish teachers (about two dozen of us) that put on regular competitions for our students. One of the events is Latin dance. The students dance Merengue, Salsa, Cumbia (NorteÃ±a) and Tango Argentino. For years I recruited judges that were “street” or “club” dancers, but due to circumstances over which I have no control, these judges have been dropping out. Lately we have had teachers who are ballroom dancers join in the activities. They have been bringing their friends (also ballroom dancers) in to judge and now we have a “battle” going over which is “best.” The ballroom dancers don’t seem to be able to get it through their heads that there is a difference and I don’t know how to explain it to them. As a result, those of us that are more club dancers are finding that our students always get judged lower than the other kids who have been taught by ballroom dancers.

I am at a loss as to how to approach the situation. Any suggestions?
– Curious, and getting piss_ed off.

… feeling guilty for summing up my heartless response about ballroom dancers trying to dance Salsa ….

OK… as Edie cracks her knuckles, rolls up her sleeves, and starts remembering a pivotal turning point in Salsa history…

It was a very dark musky nightclub near Miami Florida. The room was packed full of die-hard, hungry, and mean-looking street Salseros from New York and Miami… and a single ballroom couple. My partner and I were the only people from Los Angeles.

Nelson Flores of New York, Rene Gueits of Miami, and myself of Los Angeles, were asked to judge a local Salsa competition during a Salsa Festival weekend hosted by Ballroom Mambo Champion, Jamie Josephson-Chace. who was originally from New York, moved to Miami for a while to introduce Salsa On-2, then moved back to New York.

As the competition roared, only three couples were left in the finals.

â€œGuys, I donâ€™t know about you, but I just want to get outta here ALIVEâ€¦ lets give it to the KIDS!!â€ FAMOUS last whispers from Nelson, as he looked around the room at the New Yorkers with blood on their teeth anxious to hear us announce the winners. Nelson continued glaring at Rene and myself during our debate of whether we should award the ballroom couple first place or not. “Guys, please…. would you look at this crowd? Just, come on… let’s award the kids, and get the F–ck outta here!”

Clearly, the ballroom couple had better lines, but there was very little lead and follow. Their dance appeared to be a cold – but perfect canned routine, with tricks, splits, and all the elements of campy ballroom dancing, including the gray tights he wore (that showed… everything), and the flash of her long orange wig and shiny tin-tinseled flashy skirt. They didnâ€™t smile once. Their canned routine was as serious as a heart attack, but perfectly timed, and executed with such an over-exaggeration of every movement, that it made it difficult to look at any other competitor.
I placed them first.

The local Miami Cuban-style couple had raw soul and sabor (flavor) â€“ something only recognizable by seasoned nightclub dancers. They had nice nightclub clothes on, but not over-the-top. They were a bit off-time, but smiled and laughed during their dance. One could tell in her eyes it was pure lead and follow. There were no lines, no posture, but the joy, freedom, and rawness of their style had everyone smiling and cheering them on.
I placed them third.

The kids from New York were rock-solid in their timing and tricks. Although they were both in blue jeans, they smiled the entire time with pure excitement. They did a couple of cool stunts, she missed his hand a couple of times, but their speed, power, and pure young energy, had their massive amount of friends and fellow team members screaming their lungs out for them the entire time.
I placed them second.

When the competition was over, Nelson, Rene and myself walked over to the decision room, behind the curtains. â€œGuys, I donâ€™t know about you, but we should give it to the ballroom couple.â€ I said with sadness. â€œThey were perfect in their routine â€“ cold, and with no soulâ€¦ but perfect.â€

â€œAre you kiddnâ€™ me???â€ Nelson retorted in disgust. â€œIf we donâ€™t give it to the kids, we are NOT getting out of this place ALIVE â€“ this is a hard-core New York crowdâ€¦ look around you! â€

Rene replied laughing, â€œYea guys, but that Cuban couple are my peeps. I canâ€™t give it to the ballroom couple cuz I want to wake up in one piece in the morning at my house HERE IN MIAMI – sh__t, they probably know where I live.â€

The result was, that the ballroom couple did not win.
The result was, a NASTY 2-page letter from Mr. Ballroom himself, to me personally, about how wrong the judging was, how his wifeâ€™s thousand-dollar dress was ruined from doing the splits on a poor and splintery, dirty dance floor, and how I should be personally ashamed of myself and my reputation for not making them the first place winners. The email was the longest B-it-ch session letter I have ever received. After I read it, I simply hit the “delete” key. No response was deserved at that point. That ballroom couple never knew, that I was the only one who placed them first.

But that was back in 2001. Water under the bridge, right? They were good sports about it, right?

Wrong. The resulting retaliation was extraordinary and worldwide â€¦ but I will save that story for another time.

What exactly was the criteria? There was nothing written down pre-contest. It was just a nightclub contest that was supposed to be fun. Instead, it turned into a nightmare aftermath, that to this day, the repercussions of that single competition have been, and still are, far-reaching to every corner of the globe.

Since there were no rules, I decided that my own personal judging criterion was:
Lines, Timing, Execution, Complexity, and Appearance.

– All of the above was clearly met with the ballroom couple.

– All of the above was clearly met with the other two couples.

Nelson, Rene and myself were comparing apples to oranges to bananas, and then were expected to pick the best from that pile of fruit!?!?! Who is to say which is best, when they are entirely different shapes, colors, and flavors?

People who train in ballroom have an entirely different mindset than those who train Salsa on the street, in dark nightclubs, and back alleys of the world.

Street Salsa dancers are survivors. Most canâ€™t afford to spend thousands of dollars on private lessons, competing fees, thousand-dollar outfits, and fancy showcases. They take what they can get, copy the next guy, copy Youtube moves, hack instructional videos, practice in parking lots next to their cars, and sneak into local gymnasiums and church basements to find decent floors. They learn lead/follow only by touch and intimate connection in the middle of the night, inside mega-dark clubs with splintery and hole-ridden dance floors. They dance together for the feeling it gives them. They dance to rid their pains and sorrows â€“ to escape life for a while. They share the beauty and healing of touch; so raw and so pure. When they are at their best, they are usually wearing an old faded pair of their favorite blue jeans.

â€¦ and there is NOTHING wrong with that.

Most ballroom dancers, who pay a lot of money to learn to dance, are â€œresults-orientedâ€ type of people. They want something to show for all their hard work, and money well spent. They are affluent goal-setters, with a rewards driven mindset. They want it all; the outfits, the look, the glamor, the showcase, and everything that money can buy â€“ including the 1st place trophy at the end of the day. It makes no difference if their partner doesnâ€™t feel good and there is zero connection. They have a routine, and they will stick to that. He knows his part, she knows hers, and that is all that matters. If their partner feels horrible, but makes them both look goodâ€¦ live with it. It is part of the price to pay to look the part. Itâ€™s all about glitz, glamor and elegance â€¦ and whatever else money can buy.

â€¦ and there is NOTHING wrong with that either.

Folks, we are dealing with two classes of people, both having fun, doing what they consider to be a rush.

Consider the famous movie, The Titanic.
Compare the First Class elite smoking cigars and gossiping at the top floor of the Titanic, vs those dancing up a storm down at the lowest decks called Steerage.

… Who in your mind, was having the most fun? Honestly.

â€œ… Well Fun is a relative word Edie! … Fun is a subjective term Edie!!! What is Fun to one person can be sheer terror to the next! Let’s keep *Fun* out of this Edie!!â€

â€¦ which is exactly what happens when you mix the top deck with the bottom deck.

What ifâ€¦
The top deck folks saw ALL the folks from the bottom deck coming upstairs to dance?
What would happen?

What ifâ€¦
The bottom deck folks saw ALL the folks from the top deck coming downstairs to dance?
What would happen?

Whoâ€™s element are we in here?

Yes, go ahead, let your imaginations RUN WILD at this point.

I can tell you one thing, 99% of you thought of a FIGHT breaking out.
â€¦. which is exactly what will happen Mr. Curious,
… if you donâ€™t nip your competition situation in the bud â€“ fast

Since then, I’ve judged many controversial competitions. I’ll never forget Jhesus Aponte and Candy Mena taking 2nd place to an unknown, anorexic-looking ballroom couple at a Puerto Rico competition … I’ll never forget how saddened I was when I was judging the very first World Salsa Competition in Las Vegas, when the promoter encouraged the Salseras to look and act like ballroom dancers as they walked out to the floor with their arms and fingers high up and pointed in the air… I’ll never forget how an instructor told me that nightclub style was dying to the money of ballroom…

My Personal Recommendation to Mr. Pissed off and Curious:

You have three Solutions:

1. Stop holding competitions, and simply do fun shows. Both sides are champions in their own worlds.

2. Only do Jack and Jill Competitions from now on. This is where neither partner knows who they will get as partners. All the girls line up in a line, with the men facing them. A number is drawn from a hat, and the males must move down the female row based on the number that was drawn. You never know who your competing partner will be. That is TRUE lead and follow, and LOADS of fun! (my personal favorite).

3. Have a “tie” at every place:
If you are still bent on holding competitions, Tie-place both types at every level.

There is no single winner on this ship.

This discussion / debate will be, now and forever, a sinking ship. No one will ever… win.
Best to keep them both separate.