Everything was going well, UNTIL… 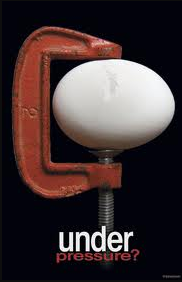 Dear Edie,
Well, I’ve finally reached the point, and I knew that I would. I told you last Saturday that I had the urge to ask for your advice, and now I’ve reached a desperate point. I’ve been dancing for 4 years now and competing for only one. I’ve had a wonderful time dancing, but awful luck with partners. I finally got a new partner after the last one was rude, disrespectful, and down right mean. I was so happy for the first 3 months we were dancing and practicing, I saw no signs of psychological dysfunction. I read your articles about keeping everything professional and keeping my boundaries clear and straight. I was determined to make everything perfect this time around.

Everything was going well until we decided to get some professional advice about our routine that we had choreographed. Well my partner’s ego couldn’t handle my criticism as well as our dance coach’s teaching. He freaked out and told me that I could not open my mouth while he was stretching or when our dance coach was talking to us. He threatened to end our dance relationship if I didn’t respect his wishes. Now I could go on with this story and explain all of the details but it would take too long. Basically I wrote him a letter back asking him the true root of his anger, that he was over reacting, and that he didn’t need to treat our dance relationship like a one night stand by threatening to leave me all of the time. Bottom line is that he wrote me back an email saying, “we’re through!” I don’t know what to do Edie. Our routine is finished and we could do really well in the upcoming months’ competitions. I’m just frustrated because it’s like, “here we go again with these fricken salseros.” Do you know any good partners? , Sincerely, Miss “I’ve got the partner blues”

Dear Ms. “I’ve Got the Partner Blues….”
I am under the firm belief that anyone, who survives a dance partnership past their first performance or competition,
…deserves a medal. 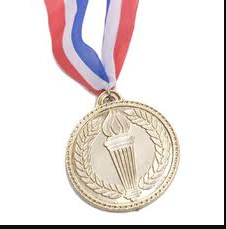 I could end it right there, but I won’t.

…makes you wonder if it’s even worth it…

BUT WE LOVE IT, RIGHT? AND I’M JUST AS GUILTY AS ANYONE WHEN I SAY THAT DANCE PARTNERS ARE MASOCHISTIC, SELF-LOVING, CONTROLLING, INSANELY INSECURE, NARCISSISTIC PEOPLE WITH ADDICTIVE BEHAVIOR WHO JUST WANT TO BE RECOGNIZED.

Well, if you can accept all the above, you deserve a little recognition, that’s for sure. Remember, the deep root of all dance partnership frustrations lies not in you, but in problems the both of you are escaping from.

Salsa dancing is not only an art form, but an escape-form as well. It’s our refuge from law and order, and the rules society has placed on you. Unlike business, accounting, real estate, and finance, it has no rules, no logic, no practicality, and is not accepted in society as normal behavior.

Salsa attracts people with problems. When two people with problems enter into this drug-like fantasy world of escape, trying to create a routine with some sort of law and order, confinement, having to abide by rules, regulations, creating costs, bills, excessive rehearsal time, travel, and discipline… ALL THE THINGS WE WERE ESCAPING TO BEGIN WITH, it causes problems with the partnership.

He may have had a nagging mom or wife he’s escaping from. Your talking may remind him of that. He may have been abused as a child. Your controlling, or perfectionist nature may trigger those deep feelings. Who knows.

Just know, that it isn’t you he’s angry at. His projection of anger upon you appears to be because of you, but it really isn’t.

When you squeeze an orange, what comes out?
Juice.
Whatever is inside.
… Juice …

When you put someone under pressure, what comes out?

Know right now, that you cannot nor will not ever change him. Don’t even try. He’s the way he is because HE IS THE WAY HE IS, and it is not your fault – even if he tells you it is, it’s not. He may start comparing you to “better partners he’s had in the past” Blah, blah, blah… but he’s just releasing his anger upon you… why? Because you’re right there in front of him. He needs to deal with his anger on his own. Let him go. No matter how great of a dancer or person he is, let him go, and give him time to deal with, fix, and heal whatever is eating him alive inside – whatever he is using Salsa to escape from.

Let him go. Let him know you understand his frustrations, and you will let him deal with them. You need to be in a different “place” to handle it calmly – and you can get there by knowing deep in your heart, that he is not mad at you, he is dealing with his past, and you happen to be standing, right in the middle of the road he’s blindly speeding on, going 110 miles per hour.

Let him go. You will need to find a new dance partner, but don’t force anything or anyone. When you let go of partner, another one is always around the corner – or can be created in time – only if they are willing, and you don’t push or force them into it. You can do it. Allow yourself time, and an openness to change and accept or develop / train a new partner in your life.

A competitive dance partner wants the same thing as you. To win. You must respect each other. If you don’t, save yourself the heartache, and go look for another one.

Pray for a partner. FAITH WORKS!!! Your new partner will come. Don’t close your doors to anything. Who knows, it may even be the same guy you’ve been rehearsing with all along! But this time, because you’ve allowed things to happen naturally, he may be healed, or may have gotten help somewhere.