Guys styling like girls on stage – SAY WHAT? Na ah… not for me. 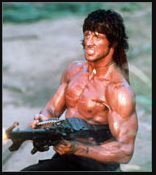 “OK Edie,
I just got back from two Salsa Congresses in New York and Chicago. I noticed that most (not all) of the “On-2” routines… well, how can I put this.I’ll just say it.OK. All the “On-2” routines, the guys fingers, arm styling, body movements etc., MATCHED THE GIRLS. It looked like a bunch of GIRLS up there, but half of them were MEN! What are your thoughts on this?What’s up with the men’s styling “On-2″ lately? I mean, if you take a look at the video, you can clearly see this. And I am NOT the only one noticing this. A bunch of of us were talking about the LA and Casino style dancer (males) seem to show more masculinity in their styling.

I have nothing against On-2 styling, but I don”t know if I could get up there and style like a woman.
– Concerned

Dear Concerned.
Your observations are indeed “correcto mundo”… but only certain On-2 groups (uhum.. clearing her throat).

If you look at each On-2 routine, the feminine styling the men display is subjective. It is a matter of personal taste. They do indeed move like the girls, their fingers their shoulders.

I would recommend that if you don’t want to look feminine, you can still dance On-2, but make sure to not move like a woman.

Your question is fascinating because I found in the past, that some of my very intensive private lesson males started to move like me and I had to stop them! I had to make sure they moved and looked like “men”. I purposely showed them samples of very masculine dancers VERY often, and gave them DVDs of men with body types similar to their own so they could emulate THAT – and not me.

What may be happening is that the women may be influencing these guys – inadvertently. What’s more interesting to watch out there… the woman or the man? So if you’re doing nothing but watching women all day and all night, it’s surprisingly easy to emulate them – in every way.

Case in point. I was working on the Off-Broadway musical “Latin Madness” with Nelson, Osmar, Thomas, Jay, Juan, etc… all of whom have very masculine styles. Nelson made a comment that the guys took two weeks to “get used to” being “Cowboys” for their incredible “Cowboy” routine that they executed flawlessly as very masculine men.

However, when those SAME MEN were asked to do a Drag Queen number, the MINUTE they put on a wig and dress, it took them TWO MINUTES to play the female role. LOL!!

I too, can play a male role very well, as some of you may have seen in my Bootcamps. Why? Because I like looking at MEN! I LOVE men! I love EVERYTHING ABOUT THEM! And that is no joke. I have had so many different dance partners it’s unbelievable. Every time I go out dancing I get to see what a man does, feels like, and executes with my own eyes, and very up-close-and-personal. I can execute a move like a man with ease. BUT I CHOOSE NOT TO. (unless I am leading – and there also I still want to hold back, because I don’t want to look like a man!! )

Hence, I am able to teach Men’s Styling classes with ease.

Crazy as this all sounds, it’s true.

This may be why some of the male dancers you see on stage – particularly the On-2 dancers execute more stylized moves – like the women they love and adore.

I would suggest you talk to your choreographer and voice your concerns. I would be curious to hear what others have to say on this issue.

Please leave your comments below