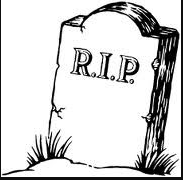 By Edie, The Salsa FREAK!!“He thanked me for this wonderful Valentine’s Gift.” As a tear started to fall down her cheek…It was a few years ago on Valentine’s Day. I was at some Salsa club, in some country some place, dancing up a STORM with a few of the best World-Cl*** leads I’ve ever known.

I decided to take a breather and watch the incredible dancers on the floor for a song or two.

I noticed an older gentleman walk up to one of the women standing on the sidelines of the dance floor, who just waiting (LONGING) to be asked to dance. She was nothing glamorous nor spectacular; just a typical ordinary gal you would see at a Salsa club having a blast dancing all night. However, I could tell that she was one of those “snobby types” you see out there that ONLY want to dance with “The Best of the Best…” “La Creme de La Creme…” so-to-speak, so she could get her “Salsa Fix” for the night.

He was one of those typical “older white-haired cl***y gentlemen” types that you would see anywhere, at any time, having the time of his life just dancing away with ANY woman who would say “Yes”. He couldn’t really dance that well, but the smile on his face was something you just couldn’t help but notice. For those of us with our noses stuck up WAY HIGH in the air, the smile on his face made that “Sacrifice Dance” more tolerant than most!

As he approached the woman, I could tell for a brief instant that she was reluctant to say “yes” – but couldn’t because he really never “asked” for the dance. He just simply held out his hand with a full expectation of her “obvious” acceptance. (this is a little trick I teach to those of us who are constantly being turned-down! – he obviously took one of my cl***es!)

As I watched this little sequence, I could “feel” that she so desperately wanted to dance with someone… else – ANYONE else, but only for a split second – until he caught her eyes. She looked at him for what seemed to be a longer than usual pause… then with some sort of non-verbal communication, he softly smiled, closed his eyes, then opened them once again. It was like… a comforting “***urance” for her… like he was going to take care of her, protect her; she would be “safe” for those next few wonderful moments with him. She smiled back warmly and genuinely. She accepted his hand and never lost that beautiful smile as they started to dance together.

The song was a beautiful one – I wish I could have remembered what it was. It was about love and hope into the everlasting… it “sounded” different than all the others that night. It had an ambiance about it that was more clear, more radiant, and more full-sounding than any other song played that night. I thought the DJ turned up or did something special to the music, but he hadn’t. There was something about that song that made it magical – I was swept away by both the song, and the couple dancing together.

I noticed the gentleman softly closing his eyes as he held her in his arms, only opening them to turn her gently and protect her from the other dancers. It wasn’t a rough dance, nor were there any convoluted turn patterns – just a well-seasoned lead portraying “Simplicity” at its Finest.

It was a beautiful site to see. I could tell she was truly enjoying the dance from her heart. She was relaxing in this “break” from the “Maverick Dancer Maniac Athletes” out there who only want to show off for themselves, and could care less how the woman feels.

As I watched in close observation, he put her into “simple” moves – nothing complicated. I could feel the beauty and simplicity of how he artistically flowed with the pulse of the rhythm, creating a wonderful mysterious portrayal of the sounds and sways of the music using Musicality flowing through his body with the moves that he chose. He was taking both of them as “one” THROUGH and INSIDE the Music. I remember thinking to myself, “Ah, now THIS is how Salsa dancing was originally intended.”

As he held her in a closed position, both of their eyes were closed. He whispered something in her ear and a HUGE grin opened up on her face. NOW I could see her true inner beauty radiate like a bright light. Her smile lit up the entire room.

She opened her eyes again, and smiled warmly back at him, gave a little laugh, then went back to closing her eyes to the soft swaying of his wonderfully seasoned lead.

The song started to come to a close… and then…

He fell on the floor as she tried to help him up.

She knelt next to him on the floor, gently holding his hand. It looked like he was asleep; lying on his side, eyes still closed from the dance…with that faint wonderful smile still peacefully on his face…

The crowd gathered around. A doctor nearby tried to resuscitate him, but to no avail. Within minutes, the ambulance team arrived.

After the ambulance left, and the crowd settle down again, I noticed the woman sitting half-gazed at the corner table. I walked over to her, comforted her, and then asked what he had said to her – as those may have been his last words.

With a pale face, and look of awe, she responded, “Edie, while we were dancing, he thanked me for this wonderful Valentine’s Gift – dancing this song with him.” A tear started to fall down her cheek.

What an incredible way to say good-bye to the world, doing what you love in your heart. For this man, it was dancing with a beautiful woman in his arms on Valentine’s Day.

She had no idea that this was the last “Gift” he was ever to receive on this planet. And to think she almost denied him his last dance.

Think twice before you deny a dance for someone. It just may be their last.

Edie, The Salsa FREAK!! is one of the most recognized and respected Salsa Writers/Instructor/Performers in the world. In the past twenty years, she has traveled to 63 countries teaching the world to dance, and has been the first American to teach in 18 of those countries.

She now lives in the high mountains of beautiful Colorado with her wonderful husband, Nick. You may contact her at Edie The Salsa FREAK!! Website