I Have “Decided” to Become and Excellent Salsero 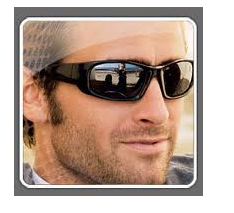 Dear Edie,
I just wanted thank you so much for your site. I just began learning Salsa, and like many men I was overwhelmed by the prospect. As a man, the expectations are such that you are supposed to “get” all this right away so that you can lead properly. I was disheartened after my first group lesson, as things seemed to go so fast, I did not even have a chance to “feel” the basic steps. I thought I was just not cut out for this until I came across your site, and realized others had the same issues when they began. I realized I was not alone in my concerns, and so Salsa did not lose yet another male.

Most of my beginner class (men) have left for that reason, and the attitude of some of the women. Please reinforce to female readers the difficulties of not only learning the beat, our steps, the turns, etc… but also having to think several steps ahead of them as well for a good lead. To a beginning male out of his element, all this at once can be intimidating.

(Living in [city] with a large Cuban and PR community, and I being the ONLY anglo (Irish) at the Latin clubs here, it was even more intimidating at first. Unlike NY or LA, where I used to live, it is not quite as open a club scene down here so this gringo has to work extra hard to be accepted. Practicing partners for me, except at the schools, are apparently non-existent. I find that even the good couples here tend to dance with each other most of the night. Rejection at the clubs here is the norm, not the exception, mainly due to my not speaking Spanish well enough yet. They seem to want to go out with me, but not dance… and that is what I am there for.)

But I have decided to become an excellent Salsero, no matter the cost, thanks to the encouragement I found here with you (and my wonderful, beautiful, Puerto Rican girlfriend–she made me say that–:-). I love the scene that much, and have begun practicing 20 hours a week, plus club time. And as you have indicated, I WILL remember all those who snubbed me early on. I hope to meet you someday and thank you in person… I will watch for a group get together or a Black Belt Salsa class, and take a trip to NY just for that. (As a pilot I look for any reason I can to fly…:-)

I will practice constantly, and hopefully be worthy of dancing just one song with you someday…

For now, just know that you are making more of a positive impact on us beginner Salseros than you may know…Thanks again for everything.
Jk