Is Ladies Styling a Sin? 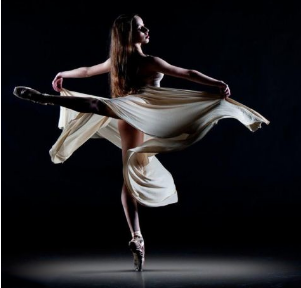 The Controversy of Ladies Styling Classes taught by a Born-Again Christian, Edie, The Salsa FREAK:

“Edie, how can you teach Sexy Ladies Styling if you’re a Christian???”

I often tell my fellow Christian sisters about the beautiful story of Esther in the Bible.

If my religious sisters have a problem with looking attractive, or learning female styling techniques to make them look more attractive on the dance floor, I am here to remind them that ->

LADIES… Remember this: “WE”, are God’s GIFT to THE MALE RACE.

TRULY!! In EVERY sense of the PHRASE!!!

I believe that some religions forget the fact that God has given women the gift of their female bodies and beauty for a reason! To attract men! Certainly not to scare them off!

Esther trained for an entire year in “Sexy Ladies Styling” techniques to attract the King’s attention. She certainly didn’t do it for her health.

She did it with ONE GOAL IN MIND.

According to the “WORD OF GOD HIMSELSF…”
ESTHER DID AN ULTRA, MEGA, SUPER DUPER, 12- MONTH LONG LADIES STYLING BOOTCAMP!!!

Because of her DETAILED AND PRACTICED styling training, she caught the King’s eye, and was later named Queen. The story goes on that she eventually saved her people from near annihilation.

LADIES After you read the full scripture below, you’ll feel more comfortable making yourself LOOK PRETTY and DANCE PRETTY!!

From The Book of Esther in the [Jewish] Old Testament: (by the way, Middle-Eastern Salsaras are some of the Best dancers in the World)