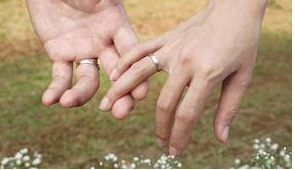 “Dear Edie
During a holiday event, one of the “regular” Salseros who my wife always dances with, crossed the line and kissed her after the dance was finished. Because of the event I didn’t create a scene. (although I was having I second thought when I was leaving). She’s my normal dance partner, and we have been dancing Salsa for about 3 to 4 yrs now. I think both of us are “good” dancers now and we dance with many other “good dancers”.

The “Salsero” that crossed the line I “found” at a club a few weeks later and I confronted him about the incident. He said he didn’t know we were married (the ring on her finger wasn’t big enough). He thought we were “dating” (others know were together). He said he did not want to disrespect her or me. (This is the same guy she said was “harmless”)

The case was closed (although I had some “from the ‘hood “talk for him to make my point that he shouldn’t even have been left standing). I always pickup “vibes” from people that dance with my other half. No big deal. She doesn’t pick anything because she tunes it out. Stress relief! Salsa dancing. This is OK to a point.

If I think people are together I always say something to who ever is there (husband/partner/boyfriend/SO) an acknowledgment, a sign of respect. The “dancers” will always come by and say “Hi, Whats up, Que pasa..” something to both of us. Those that seem to have another intent don’t say a word to me. She thinks itâ€™s because they’re scared of me. Hmmmmm??

I have watched one of her “regular” Salseros who wanted to talk to her alone under the influence go through his moves (maybe she exudes too many pheromones.) I knew what he was going to do before he did. Un mujeriero.[womanizer]

Normally she “handles it” when someone gets too close etc.. But when she’s under the influence of a few drinks and the dance, she gets relaxed. If she can’t “handle it” her bodyguard shows up (me). I always let her know not to dance with the (as I found on “Dear Edie”) “Full Contact” Salseros. We used to call it “The Crunchies”. The only person I dance like this is my wife. I wouldn’t do it otherwise. I think it shows no respect. Your thoughtsâ€¦Ciao,
Mr. G. ”

Dear Mr. G.
Finding a mutual social activity that both of you love is so important in a marriage. However, because this activity involves “going to a club and drinking alcohol”, for this mutual “bliss” to continue, there are a few rules both of you must agree on, and abide by.

It is very clear that your wife needs to control her “situation” a bit more. She may be in control sober, but your having to play “hero” after sheâ€™s had a few drinks concerns me.

Does she ever go Salsa dancing with her friends when youâ€™re out of town?

When an unsuspecting “player/womanizer (same thing)” sees a beautiful woman sipping her drink, smiling, dancing, relaxing, enjoying herself, believe me, nothing will stop him from “helping himself” to conversation and anything else. Iâ€™ve seen it. Youâ€™ve seen it. These guys are smooth, good, subtle, and will stop at nothing – ring on her finger or not (some actually PREFER the ring – no commitment) And if they know about you two, and youâ€™re not around, theyâ€™ll still stop at nothing.

Respect. Alcohol. Do the two mix? Combine Alcohol and Respect, and you get a mixture similar to oil and vinegar. Now mix some sensual Salsa in there with various “unknowing” partners, and the feelings this lethal combination bring out is confusing and very dangerous to what is supposed to be a “sacred” relationship.

After discussing your question with married couples who go out Salsa dancing, the women have told me that they keep a good “foot-long” distance between themselves and their partners – friends or not. When the “Full Body Contact” happens, they stiffen their arms, making it clear they donâ€™t like, nor allow that for the simple respect of their husbands. Later they always introduce their “unknowing” partners to their husbands. This usually puts a severe damper on ANY playersâ€™ potential plans for the evening.

Unless in the back of both of your minds, you somehow “enjoy” the jealousy, the chase, and “Knight in Shining Armor” aspect of this game (who knows, maybe this keeps the spark?), couples have told me that the both of you should probably agree not to drink alcohol at all when you go out. Impossible you say? “Come on Edie, get real, just one or two drinks?”

Mr. G. Whatâ€™s wrong with water, coffee, OJ, or cranberry juice? My friend, you know as well as I do what alcohol does to the mind. It makes our thoughts fuzzy, and brings our sense of reasoning to a compromise. Because of the tone and concern youâ€™ve expressed, this “drinking issue” may be a cruel self discovery for the both of you. Is it possible for the both of you to go out socially, to a club, and have fun and laugh without alcohol? Is that what it takes for the both of you to have a good time? Why not just enjoy dancing Salsa for just that. The celebration of music and life to this sweet music, and the feelings of elation it brings to the both of you.

“Honey, I just had a few drinks, he meant nothing by that, really….”

How many times will you have to hear that, till you get fed up, and start thinking second thoughts when she asks you when the two of you will be “going out” next time?

When youâ€™re out of town, how many sleepless nights will this bring you?

Talking to a Player, while getting loaded at a nightclub, she said… “I respect my husband….”

Whatâ€™s wrong with this picture?