Salsa Dance Styles of the World 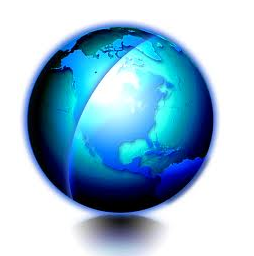 Salsa Dance Styles of the World

New York “On-2” and Puerto Rican Style Salsa
Well, let me explain. The Puerto Rican style can be danced on the “One” or the “Two” beat of the music, but it involves a tremendous amount of very technical footwork (“Solo” if youâ€™re from LA, or what they call “Shines” in New York.) There is more an emphasis on footwork, than in New York style, however, in recent years this can be argued by many a Mambo maniacs in Manhattan. In New York style, there is a strong Latin Hustle influence. My guess is that in the disco craze of the late 70â€™s and early 80â€™s, when Eddie Torres was one of the only instructors in New York, single-handedly holding the torch of “Mambo Dance” with Tito Puente, Salsa dancing almost completely grew extinct to the Hustle dance. Because of the great Hustle craze of that area, many Hustle dancers incorporated a lot of their moves into the Mambo style during that slow transitional period back to Salsa music in the late 80â€™s and early 90â€™s. Because Salsa is such a diverse dance, and there are no real “rules” of style, once you learn any style of dance, you tend to stick to that style when transitioning to Salsa. The fancy footwork (shines) is really starting to become very strong in New York because of this influence. It is almost an even match now, whether they do more shines in New York than Puerto Rico.

Los Angeles Style Salsa
I found this to be true in California. The primary influence in Los Angeles is West Coast Swing and Latin Ballroom. Many of the showy tricks and Caberet moves are taken from Swing and Latin Ballroom, which is very prevalent and highly competitive and influential throughout the Mid and West Coasts. Unlike Miami, there are not many Cuban immigrants in Los Angeles, hence the Salsa dance style is predominantly a hybrid of Swing, Ballroom, and a soft Puerto Rican style. In New York, however, because of the high concentration of Puerto Rican immigrants, the Puerto Rican style is much like that of what is now New York style, Latin Hustle, or what we call “Mambo On-Two” (see my Steps explanation at ../stories-s/steps.htm). Because South America is so close to California and Los Angeles, LA-Style Salsa was based around Colombian style when it was first created in the early nineties by the Vazquez brothers (Francisco and Luis) and Joby Brava, Janette Valenzuela, Alex da Silva, Solomon Rivera, Joe Cassini and Enio Cordoba and Teryl Jones – who incorporated the cross-body lead and tricks, lifts, and jazzy hip hop to the style.

Cuban Style Salsa
In Cuba, I found that the music has determined the style of dancing. The contemporary faster rhythms of the more popular bands, such as Charanga Habanarra, and Los Van Van, are taking the style of Salsa to a more non-partner dance. From carefully watching the Cuban style throughout Europe, I would say that at least 30% of Cuban style is being danced solo, depending on the song and its rhythms. If there is a tremendous amount of percussion, the woman can shine with her incredibly beautiful and rhythmic body movements. In fact, partner dancing the Cuban style is so restricting to the woman, that I found many of the women could not wait to dance solo for a while.

The way Cuban Salseros hold on to the womenâ€™s wrists during the majority of the dance, restricts her from extending her arm and fingers, and displaying a sexy style of her own. Cuban style appears to be a very male-dominated “macho” dance, more so than the New York or Los Angeles style, which fully displays the woman, and allows her to stylize with her arms, hips, and head. “On-Two” dancing to hard-core Cuban music is also a bit more difficult, although it can be done with a very well-trained ear. In recent years, I found most New York dancers donâ€™t particularly enjoy an entire evening of contemporary Cuban music. They prefer the traditional Salsa / Mambo music, that is more suited to their style of dancing.

The newer sounds of Cuban music emphasize the “One” beat of the rhythm and the “Three” beats of the rhythm, much more than the “Two” beat. The rhythms are also much faster, hence the solo styling done more often than partnering up. With the opening up of Cuba, and more and more Cuban music and bands visiting the United States, I foresee dancing on “Two” becoming tougher for the average dancer to want to learn, unless people still listen to Puerto Rican style music, and Salsa from Puerto Rico, New York, and Los Angeles. It will be interesting to see how the style of dancing in New York will change with more and more Cuban-style musicians entering the market.

Miami Style Salsa
As of 2007, in Miami, Florida, the Salseros are predominantly Rueda de Casino -based and their calls and style is slightly different from pure Cuban style. Some of the calls are not at all calls normally used in Cuba. This happened because of the original teachers of the style decades ago. The “mistakes” in the calls caught on, and some are entirely different altogether than in Cuba. But it is no problem for the Floridians. They just jump on the bandwagon and go with the flow of how everyone is taught. The Rueda de Casino style in Miami is some of the most popular in the world. It is fast, beautiful, sometimes furious, and also “called” with hand signals (due to loud music at nightcubs) . Some the arm wraps and intricate turn patterns and combinations at the advanced levels are unbelievable. Rene Gueits of Salsa Lovers Dance Studio established the first standard of Rueda calls with his DVD series released in 1998. Now the calls he established are the international standards. www.SalsaLovers.com

Colombian Salsa Styles
After speaking with and watching demos of many Colombians, I’ve come to the conclusion that Salsa is danced differently all throughout Colombia. In Cali, it is more “showy”, in other, more rural parts of the country, it is danced more closely and tightly, with heads touching in some cases. However, the underlying commonality is that there is no forward and backward motions of the feet. It is simply what we call “Cumbia” style, which is feet alternating to the back or to the side. There are not too many fancy tricks, turns, or spins in Colombian style – except if you are a professional dancer, dancing with bands, or competing. I’ve seen video clips of professional Colombian dancers performing incredible lifts and swinging the girl around the guy’s neck, etc., however this is not the norm. This is simply for show. Casual social dancing, Colombian style is much calmer, closer, where both dancer’s bodies are almost completely touching each other, from head to toe. If in Colombia, do not put a woman into a Cross Body Lead. Because of the footwork, she will not step forward on the “five” (when dancing on the One) and will completely foul it up for you. They do not do Cross Body Leads on Colombia. LA-Style Salsa was based around Colombian style when it was first created in the early nineties by the Vazquez brothers and Enio Cordoba – who incorporated the cross-body lead and tricks, lifts, and jazzy hip hop to the style.

Cali Style Salsa
Becoming more and more popular, Cali style (which is different from Colombian style), is a faster, triple-step – almost with a “cha cha cha” step in between the forward and back steps of all the other styles of Salsa. You can REALLY get a great workout with this style! Because of this “cha cha cha” step on the “3 and 4” counts of the music (if dancing on the One) the footwork can be incredibly intricate and complicated. This style is incredible for shows, competitions, and performances – simply by the shear movement of the bodies and legs in motion. When you can get an entire dance team to be in complete synchronization using this style, it is quite impressive – to say the least.

Ballroom Style Salsa
This is what is officially called “Ballroom Mambo”. Here, there are no tricks, fast spins, dips, nor lifts. Ballroom Mambo is normally danced on the “two”, “three”, “four”, beats of the music, where both feet come completely together at an almost stand-still on the “four” and the “eight” beats of the music. This is normally taught in professional dance studios by professional ballroom coaches. The Ballroom Mambo style is the same as the New York Razz M Tazz style of dancing on the two, three, four. The Razz M Tazz style is more showy, with arms extended for open breaks and has a big hustle influence behind it. It differs numerically from the Eddie Torres, “5, 6, 7” method of teaching Mambo on “two”, which also has a big hustle influence – especially utilizing the “Copa” step so predominant in the Hunstle – invented a the Copacabana in New York city in the eighties. The Eddie Torres style of mambo includes a great deal of spins and fancy footwork (shines).

Musicality – THE ABSOLUTE BEST STYLE!!!
Why is it the BEST? Because you can do it to ANY STYLE of Salsa!!!
Dip at the finale. hit the hits, pause on the pauses, bodywave to the waves, jump to the jumps – interpret the music!!! Go back to the One or the Two in between the breaks, but focus and interpret the MUSIC – not just the beat.

When you develop dancing or “talking” on the One or the Two, IT IS WISE to remain humble and never develop an attitude about it. Learn to dance both style. Speak both languages with a smile and excitement, while DANCING MUSICALLY, Styling to the Hits in between is nothing short of Heaven on earth!! God has given you TWO SKILLS now, so use them both. Some the top Musicalists in the world with a full description of Musicality are listed here

Dancing musically, to the MUSIC is part of what we call “Musicality Style Dancing ”