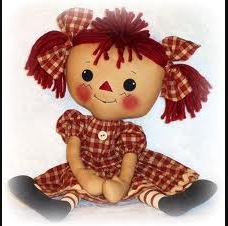 “Dear Edie,
Edie, you seem to have a good handle on the various dynamics of the scene. If you’re interested in hearing my little issue, please read on:
Saturday at the [club], this guy comes up to me and my friends. I’ve seen him before b/c he’s new to our dance class (Salsa). My only thought in class was that he seems to have taken this “leading” thing to heart. He overleads. FYI he’s Latino and pretty decent-looking and he seems to have a huge ego. Further FYI I’ve been taking lessons for some time. I may not be the greatest but I keep up just fine with the regulars at various clubs here in the city, and I go dancing A LOT.Anyhow, he says let’s dance so I go with him onto the dance floor. He bursts into this Saturday Night Fever routine, completely oblivious to the fact that the music has a beat and one ought to be on it. Then he proceeds to grab me real hard and fling me around like a ragdoll. For example, to have me do a right turn, rather than simply raising his arm and me turning under it on my own accord, he would raise his arm and with his other hand he would grab me and shove me under his arm. He was pushing and shoving and pulling me- I couldn’t keep my balance and I had no control over my body. It was horrible. So as soon as his death grip released from my arm so he could do a set of (ridiculous) solo turns, I bolted.

Normally I wouldn’t do that to a guy- leave him stranded just because I don’t like dancing with him, but this was an extreme circumstance. So this guy follows me through the crowd and demands, “What’s the matter!” I told him in a fairly mellow way, all things considered, “Look, you can’t throw me around the floor like a ragdoll. I don’t want to have bruises from dancing with you.”

Can you believe that? Is this normal? I mean, this guy is a beginner Salsa student and he has the most conceit imaginable. What really bites is that he’s in my class, and I don’t want to have to dance with him again-ever. Your thoughts?
– Ragdoll”

Dear Ragdoll,
Girlfriend, can I feel for YOU!! Oh my God. I’ve also run into this type of guy. OK, this is what I would do if I were you. Number one, if you’re going to have to see him again in class and much worse at a nightclub, I suggest you do the following.

1. If you see him at a club, and I am there too:
Point him out to me, and I’ll ask him to dance. After we get done, you can be sure I’ll take him downstairs or somewhere where there’s no people around and give him a few gentle pointers of how to handle a delicate partner. After our little lesson, I’ll keep dancing song after song with him until he gets the point. I promise you he’ll be a changed man when I’m through with him. Don’t worry, I’ll be gentle.

2. If you see him in a club, and I’m not around.
For now, avoid him at all costs. Tell one of your best girlfriends to dance with him and have her tell him to mellow-out as well. Then, when she’s done, have another gal do the same thing. Then another. Truth in numbers works. Eventually he’ll get the point.

3. If you see him at class.
Talk to the instructor before class about him. Tell he/she EXACTLY what happened and how you felt. Keep in mind that all students are a reflection of their teachers. So if this guy is dancing badly, it makes the teacher look bad. Teachers are RESPONSIBLE for making sure their students leave the lesson dancing correctly – even if it’s just the basic step and a simple turn.

The most important thing is that this guy you’re talking about gets better, and even possibly through you (now don’t fall off your chair…). All guys in the beginning have trouble (girls too!). Can you imagine their responsibilities? They have to lead correctly, play traffic cop, follow the beat, and try to keep you interested with new and different moves! I’ve been told from men, that there is nothing more wonderful than a woman helping a beginner out with patience, kindness, and sincerity. That’s why, when I help an instructor teach a class, I pay special attention to the guys like you mentioned above. I break down every step, every hand movement, every beat. I’ll even do it in a nightclub. However, I WILL NOT do it on the dance floor. I’ll pull them to the side, or a dark corner or downstairs, and help them out in private – NOT IN FRONT OF ANYONE. This will KILL a guy’s ego like you would not believe. Be quiet, calm, and very, very, patient. It will DEFINITELY pay off in the end.

Who knows? If you’re patient enough, and he’s got the Salsa fever badly enough, he may eventually become one of the greatest dancers at the Mayan – you never, never know. (a VERY similar thing happened with Luis Vazquez when he was just learning…Now look at him. Now, no one can TOUCH his style, rythm, and power on the dance floor) Wouldn’t it be terrible if this guy became a phenominal dancer like Luis, then refused to ever dance with certain women because of the way he was treated by them in the beginning?

I know it may be hard, but it’s just a decision away for both him, and you…