Should I Pursue, or Not? 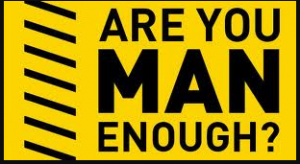 In this day and age, men are simply clueless when a woman gets turned on by him – especially if he is just simply “doing his own thing” the same way with every girl he dances with.

Some women have been so frustrated lately at the “numbness” of the male’s “simple-minded creatures” aspect that women have had to resort to simply “blurting out” how they feel, leaving the guys completely dumbfounded as to what is actually happening. And, of course, women now feel like idiots because THEY are the ones pursuing the man, and no longer the other way around. This makes men the weaker of the two. Not a very comforting feeling for ANY woman to put up with for very long.

Guys do not realize that by doing “nothing”, they are letting go of their masculine power. And then they wonder why women can be so desperate for attention. I blame the feminist movement for this. Men don’t know what to do, how to act, or when to take control. For a woman, she has no choice but to pull the reins herself and lead into the relationship like the man should have been doing in the first place. This is what makes him a man, rejection or not.

Men of today are too afraid of making a move – be it pride, or the past, or fear of rejection. I believe that if a man truly wants a woman, he will tell her or show her. If he doesn’t, she should move on, and never pursue him. I believe it is up to the man to initiate. I guess I’m just old fashioned that way.

If there is a “true” interest from the man, and a woman reacts to his response, then it was meant to be. If not, both should move on.

It is his and her (both) “reaction” to the initiator that determines… “Should I stay, or should I go?”

“Edie, Your comment below blew me away. – I realized what I was doing to keep him feminine. wow. Thank you.” – Anonymous