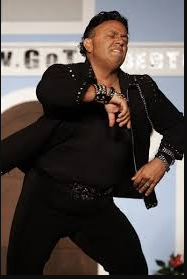 By Edie, The Salsa FREAK!!

Dearest Edie,
I have one question and although I suppose they send you hundreds of messages and you don’t have time to answer them all,I will ask anyhow…My question is this: is copa a position or all the procedure to bring the lady inside and then take her out again?Is it called ”in and out”… unofficially because most of the times we take the lady out again or because we have to take her out?If it is about the position,is it about the position of the feet or the position of the body?Also,our teacher speaks about open copa postion and closed position…I really want to know your opinion because you are an expert…Thx in advance and keep up the good job!!!
– Tasos
“The Copa” step has been named many names throughout the world, … so far, from teaching in over 60 countries, this is what I have heard it called:
– Sliding Doors
– Peek-a-Boo
– Rainbow
– In and Out
– Left Check
– Left Break, Left Progressive

The most appropriate terminology is from the motherland of Mambo / Salsa; New York City. This particular step is officially called the “Copa” because of where the move was “invented”, in New York.

During the period of the late 70’s, and early 80’s, a new dance fever called “The Hustle” was starting a craze. Dancers dropped learning / dancing “Salsa/Mambo” to learn the Hustle because the movie “Stayin’ Alive” with John Travolta made the Hustle dance so famous. The movie was based on a guy that used to frequent a very famous nightclub called the Copacabana, in Manhattan, NY. Barry Manilo created a song about that nightclub as well.

The “Copa” Salsa / Mambo step is based on Hustle moves using their ever-so-common “female display” moves on a Line of Dance. The Copa step follows the left break (aka left check) Line of Dance taken from the Hustle. In Black Belt Salsa, we teach with blue painter’s tape on the floor to dance upon this “Line of Dance” to teach leaders how to display the follower as they do in New York and Los Angeles. The tape on the floor is pivotal in teaching the Copa step, where the gentlemen “gets out of her way on count #7 (count #5 if On-2)” to allow her the space to comfortably execute the Copa move.

At the time, Dancers who knew both; Salsa and Hustle – incorporated various “display” moves into a new style of “line of dance” to Salsa / Mambo. Hence, a new “Nightclub Style” of New York Salsa was born. The dance step called “The Copa” kept the name all these years, because of the Hustle, and a Mambo / Salsa instructor named Eddie Torres.

Back in the late 70’s and into the 80’s, Eddie Torres was one of the few teachers left in New York that consistently “stuck to” teaching Mambo (Salsa).

…. all these dances have been and continue to be accompanying fads in Latin Nightclubs throughout the world.

New steps from the above dances will always be incorporated into Salsa as time moves along. That is why the Black Belt Salsa (BBS) (www.BlackBeltSalsa.com) system will always be around. The steps will be new “Belt degrees (aka stripes)” added to each belt level, as Salsa grows, morphs, and matures over time.

This is what made Eddie Torres so famous. He stuck to teaching Salsa through the Hustle era of the 80’s and early 90’s, no matter what. He incorporated what dancers learned over in the Hustle room. Because this new Line of Dance style happened at the Copa in New York, he named that particular step, “The Copa”.

There are hundreds of ways to do the Copa in Black Belt Salsa. Once you watch the videos online at the website you will see how other dances are incorporated into Salsa / Mambo.

Salsa is flexible, and flexibility is power.

Although the Copacabana in New York may no longer exist, we honor the dancers of New York and Master Instructor Eddie Torres by continuing to call that particular step “The Copa”.

To us, there is no other name that tells the story better.

That is why I created a DVD called, “The Copa”. I honor that name, and history behind it. It is the very last move in the combination.