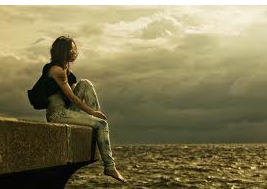 “Dear Edie,
I am relatively new to the Salsa “scene,” and need some quick advice/information. I know that my problem is probably covered in your new book, so I’ll agree to buy the book if you give me a little preview advice. Here’s my problem-

From time to time, I will meet a guy (often Latino, but not always) at a club, who is either a great dancer, or not a great dancer, who will dance with me several times and be very attentive, and then ask for my phone number. (FYI I am white, at least semi-attractive, and am still learning Salsa and taking lessons, but can dance with about 50% of the guys at the clubs).

So, after I give him my phone number, and sometimes I will get his number, I never hear from him again.

A friend of mine has had similar experiences. For example, one guy showered her with attention at a club, bought her drinks, said he didn’t have a girlfriend, asked for her number, and then never called because the girl he arrived with was not “just his dance partner” but rather his serious girlfriend.

Although this may not be true in every case, I have heard that there are guys out there who just collect numbers. But I have to admit that I seem to be duped every time into thinking that just once, one of them will call.

My friends tell me that I should NEVER call them if they don’t call first. However, I feel that life is too short to be at the mercy of any member of the male species. Rather than waiting around getting annoyed, I am considering calling first. Is this terrible? I don’t want to fuel some guy’s ego trip, but I don’t want to let an opportunity go by either. I don’t really buy into the idea that they might be intimidated by me- especially when they appear so sure of themselves at the clubs.

I am not really taking up this sport just to meet people. That is an added benefit, but I do enjoy it for the pure sake of dancing. However, it takes the fun out of it somewhat to get one’s hopes up, and then return to that “just for fun” baseline. What do you think?”
– Tired of Waiting