“Leading is an art. Paint your picture, and keep her beautifully and comfortably… a part of it.” – Edie, The Salsa FREAK!!

Bathroom / WC / Toilette Conversationsâ€œYaâ€™ knowâ€¦ he used to be a great lead. What Happened to That Guy?

Itâ€™s amazing what you hear when youâ€™re in the restroom (WC/toilet) of a nightclub.
… If only the opposite sex could hear some of the whispering conversations in there

He used to put me into leads that I would just melt over. In fact, it was such a pleasure dancing with him, that I craved a cigarette after every dance we had.

Dancing with him replaced sex â€“ bar none. People used to tell me how great we looked together, and they couldnâ€™t stop watching us dance.

I walked over to where he was standing by the bar. He recognized me right away. He gave me a HUGE smile and hug and immediately asked me to dance. I couldnâ€™t WAIT to dance with him! I couldnâ€™t WAIT to experience that feeling again. I could not WAIT to get on that floor with this man!

A fabulous song came on. This was the moment I had been waiting for – a FABULOUS song, with a FABULOUS lead. There is NOTHING BETTER in this world as far as Iâ€™m concerned. My stomach started rumbling with butterflies, and goose bumps appeared all over my arms in anticipation for the moments to come with him.

We started hand-in-hand toward the dance floor. Suddenly, he let go of my hand and did this horrid-looking series of â€¦. spinâ€¦.things. Then he looked at me as if he was going to devour me like an animal. I stared back at him with wide eyes, and tried to force a small smile. I found myself laughing inside a bit (from unbelief), then put my arms out toward him. I expected him to come get me to start dancing. Instead, he extended his arms toward ME, pointed his finger at me next to his nose, and gestured with it to inch toward him. He then winked at me. I ended up reluctantly walking toward him in disgust, to get him to start dancing with me. By this time, the fabulous song we were missing was already half over.

He was so busy worrying about himself, and how he looked, that I felt like I didnâ€™t even exist. I donâ€™t even think he noticed I was there!

We kept falling out of the lead, and ending up doing solo shines because we kept losing connection from his complicated turnâ€“patterns from hell. I remember my face ending up in his armpit once or twice, and my arm being yanked out of socket from his pulling it too hard over his head. I couldnâ€™t read any of his moves, and had to constantly look at him, and literally run just to keep up. I found myself not dancing, but just surviving the song.

His lead completely fell apart, and he kept looking at me as if it was ME who was at fault. I was sick of apologizing. He just kept going. I stopped apologizing, and just â€œcopedâ€ with him until just about the end of the song. He was so busy doing his own little flares, headshakes, and complicated patterns that he didnâ€™t notice my mortified face. â€œWow. Only a 19-year old gymnast on crack cocaine could follow thisâ€ I said to myself. Upon our fifth or so, solo shine due to loss of connection and lack of solid lead, I STOPPED AND GLARED AT HIM.

I couldnâ€™t take it any more.

â€œWHAT HAPPENED TO YOU?â€ I asked.

â€œI CANâ€™T FEEL YOUR LEAD!â€ I exclaimed in desperation.

â€œI DONâ€™T KNOW WHERE OR WHAT I AM SUPPOSED TO DO!â€ I screamed in disgust.

“Look, [his name] you are getting WAY TOO CREATIVE my friend. I donâ€™t know what you want from me anymore! I keep guessing with you, and I donâ€™t want to have to guess! Donâ€™t make me think and try to figure you out. Donâ€™t make me work to have to follow you. Donâ€™t pull me out of beat or knock me off balance. Think about who you are dancing with. A female (HELLO!). A WOMAN.

Think about the female who is now an extension of your arm! Pay attention to what she is going through, and her level of comfort! Put your SELF in your own moves and feel just how you yourself feel. Here, let me give your SELF a dose of your own medicine!” I then proceeded to lead him (since he is an instructor, he could follow), and show him exactly what he was doing to me, and how he felt.

â€œI cannot read you anymore. What happened?â€ I need a â€œManâ€ on that dance floor, not some clown! I need a strong lead, not a weak, spineless WORM with no backbone! Give me some of your manhood out there! Make me feel like a woman again damn it! You USED TO do that, soâ€¦WHAT HAPPENED???â€

He looked at me in embarrassment, and â€œGot itâ€. He then went back to his old self, and put me into the beautiful, familiar lea 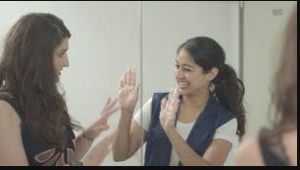 d I had fallen in love with a year ago. I’m not encouraging women to tell off men like this, I just did it because I knew him well, he was a student, and I “Knew” he would listen to his instructor and could take constructive criticism very well. Most other men, I would have said nothing, and never danced with them again (like I have DOZENS of times in the past).

A very similar situation happened with Ismael Otero and Super Mario a few years ago. No one but their dance team members could follow them anymore, and the rumors in the bathrooms were flying. I had to pull them both aside one Congress, and give them a little â€œtalkâ€.

Iâ€™m not saying you cannot be creative as a lead, or a follow. Iâ€™m simply saying that when in creative mode, your moves should feel as if you are not doing anything unusual. Your creativity should not be felt or suffered by your dance partner.

When I teach styling, the emphasis is on â€œwhenâ€ to style, more so than â€œhowâ€. I focus on moves and techniques that will rarely interrupt my partner. The same should hold true for the man in his lead. Continue with your fabulous leads, but insert your creativity within your patterns, without interrupting her.

Leading is an art. Paint your picture, and keep her beautifully and comfortably… a part of your body, and a part of that picture.

Itâ€™s amazing what you hear when youâ€™re in the rest room (WC). If only the opposite sex could hear some of the conversations in there!!